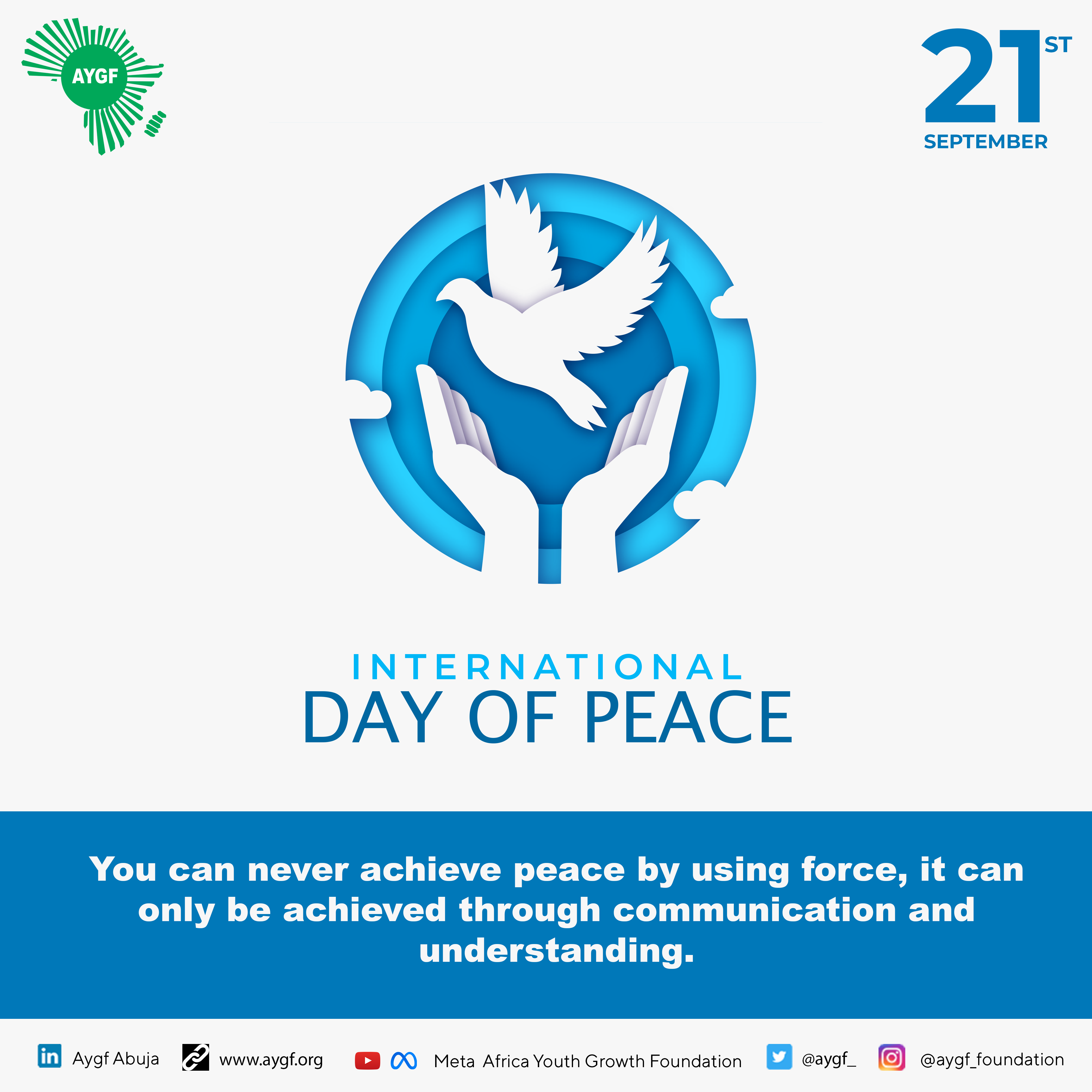 The world is in dire need of peace now. Peace is the pivot of development, without which we are all stunted on every front.

Every year the International Day of Peace is observed around the world on 21 September. The United Nations General Assembly has devoted this year's observance to strengthening the ideals of peace, through observing 24 hours of non-violence and cease-fire.

The theme of this year's international day of peace is END RACISM. BUILD PEACE. The carefully selected theme for this year's celebration is a two prong approach to solving two of the world's greatest problems.

Racism is one of the greatest threats to human cohesion and progress. A community where people are treated differently on the basis of their race, color, ethnicity, region and religion would normally deprive itself of the intellectual, physical and other forms of input to development that could have come from the segregated.

Furthermore,  it fuels suspicions and mistrust among people who  should ordinarily live together in peace and harmony.

Racism also triggers inequality, conflict and mediocrity. Income inequality is a sign of underdevelopment as it skews income to the privileged and paupers the other group. Many countries that passed through active racism are testimonies of the harsh consequences of the malaise called racism.

Racism is one of the causes of conflict in our society today. We are asked by the United Nations to shun conflict in all its ramifications. Today is a cease fire and  no violence day.

Africa Youth Growth Foundation is an institution that advocates peace and campaigns for the end of violent extremism as one of the cardinal operating guidelines. So far, AYGF has tried to mitigate tendencies to violence by taking indigent children off the streets, either through scholarship programs or employment.

We are asking for cessation of conflicts across the world so that all hands can be on deck in hastening human development. In Nigeria, we are appealing to the government and the Academic Staff Union of Universities ( ASUU ) to sheath their swords and find a meeting ground in their negotiations. This is in the interest of education and youth development.

While we applaud the efforts of our security and law enforcement agents in keeping the peace in our country, we ask the government to expand its support to them so that lasting peace might return to the country. Farmers would go to the farms, traders could go about their businesses, families would be together again and we would all live in peace and prosperity.

On the world scale, AYGF urges the United Nations to speed up efforts to bring the leaders of Russia and Ukraine to the negotiating table. The war in Ukraine is already taking its toll on humanity. It has caused shortages in food supply, shortages in the supply of gas to other countries and in extreme cases, deaths of civilians and soldiers. This is why everything must be done to stop the war. The earlier the issue is resolved, the better for the world.

We all know that there is no alternative to peace. Let us embrace peace from the betterment of the entire world.